On April 4th I toured southwest Oklahoma and surveyed freeze injury to wheat. In my experience, most freeze events are overhyped; however, this one was the real deal Holyfield.  I traveled a route from Faxon to Chattanooga to Altus to Blair and ended up at Apache. Damage was similar at all sites, with injury ranging from 50 to 80%.

The best looking wheat was the hardest hit. Particularly troubling are some fields in the Altus area that easily had 80 bushel potential prior to the freeze. In most of these fields we are too far past the tillering stage to have yield compensation from secondary tillers. Late-emerging fields that were jointing or smaller escaped the freeze with little injury. Fields that had been heavily grazed and/or under-fertilized also escaped with relatively minor injury.  Conditions improved slightly when I checked wheat in the Chickasha area and injury was more in the 10 – 30% range.

I am frequently asked if the injured wheat head will go ahead and “push through” as the season progresses, and the answer is no. So, if you see heads emerging out of the boot in a few weeks, they are likely not damaged and a head count at this stage will be a reasonable estimate of fertile heads. Since there will not be additional stem elongation in freeze injured wheat, it will not accumulate as much tonnage as in a ‘normal’ year.

I have posted a few pictures below showing freeze injury symptoms. Freeze injury can vary greatly among fields and even within a field. So, it is important to check several sites within a field and split several stems when determining the percent injury. Check early maturing varieties such as Jackpot, Billings, and Everest first, as they are most likely to have injury. 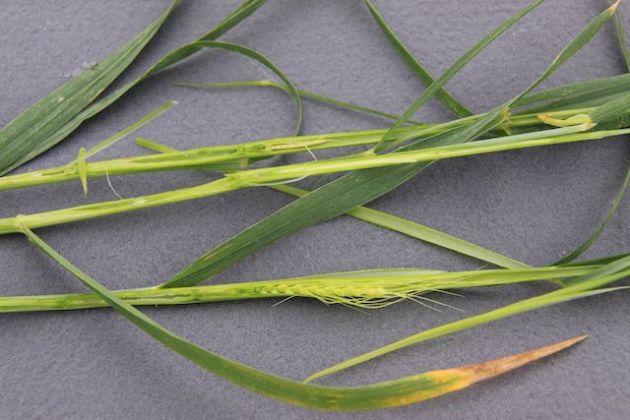 Endurance wheat collected from plots at Chattanooga, OK. The two top heads are freeze damaged and will not recover. Note the shriveled, white appearance of the wheat head. The bottom head was not injured and is healthy green. 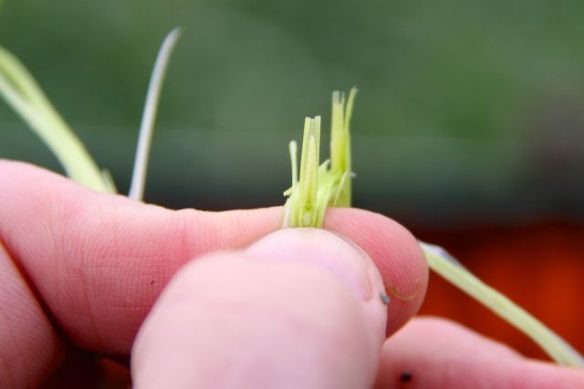 A healthy head of Endurance from Apache, OK. 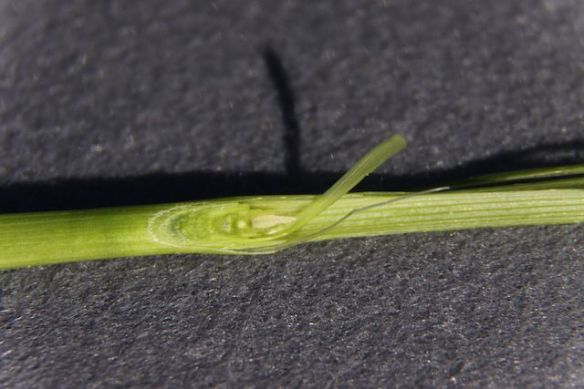 Even though this wheat was just past jointing, it was injured by the freeze and the head was lost.

A sign of the drought. Wheat seed still easy to find on a sample from near Altus, OK April 4.

7 thoughts on “Freeze injury update – worse than we thought”